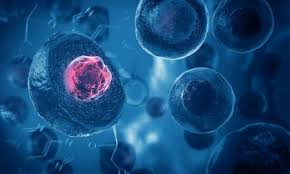 Protocol for the proposed multi-national trial has been submitted for EU regulatory approval Company will host a Key Opinion Leader call and webcast to discuss the newly announced Alzheimer’s Disease program on July 8, 2020 at 8:15 AM ET

NEW YORK, June 24, 2020 /PRNewswire/ — BrainStorm Cell Therapeutics Inc. (NASDAQ: BCLI), a leading developer of adult stem cell therapies for neurodegenerative diseases, today announced a new clinical program focused on the development of NurOwn® as a treatment for Alzheimer’s disease. As part of the newly announced program, the Company is planning a multi-national Phase 2 clinical trial to evaluate the safety and efficacy of NurOwn treatment in patients with prodromal to mild Alzheimer’s disease.

“Our newly announced Alzheimer’s program is an important strategic expansion of BrainStorm’s clinical pipeline,” said Chaim Lebovits, Chief Executive Officer of BrainStorm. “We see this as an ideal complement to our lead amyotrophic lateral sclerosis (ALS) program, as there are compelling data suggesting that the benefits observed with NurOwn in ALS patients may extend to other neurological conditions, including Alzheimer’s disease. As we move towards completion of our pivotal Phase 3 ALS study, the newly announced Alzheimer’s program, combined with our ongoing progressive multiple sclerosis (MS) program, will continue to drive the advancement of the NurOwn platform. Through the completion of our clinical trial programs, BrainStorm hopes to advance NurOwn to address unmet needs across a broad population of patients with neurodegenerative disease.”

The lead investigators of the trial are two world renowned clinical experts in Alzheimer’s disease, Philip Scheltens, M.D., Ph.D., and Bruno Dubois, M.D., Ph.D. Prof. Scheltens, the principal investigator (PI) of the study, is Professor of Cognitive Neurology and Director of the Alzheimer Centre at Amsterdam University Medical Centers. He has extensive experience as PI of many international clinical trials in this field. Prof. Dubois, the French national coordinator of the study, is Professor of Neurology at the Neurological Institute of the Salpétrière University Hospital. He is President of the Scientific Committee of France-Alzheimer and of IFRAD (International Fund Raising for Alzheimer’s Disease) as well as a member of the European Alzheimer Disease Consortium (EADC). Profs. Scheltens and Dubois will discuss the proposed clinical trial during an upcoming Key Opinion Leader (KOL) webinar and call hosted by BrainStorm on July 8, 2020 at 8:15 AM ET.

Speaking on the trial Prof. Scheltens stated, “We are very eager to evaluate the efficacy of NurOwn in the treatment of Alzheimer’s disease, because of its unique mechanism of action. While many previous Alzheimer’s therapies have focused on a single target such as tau or beta-amyloid, NurOwn has the capability to simultaneously target multiple relevant biological pathways and bring a comprehensive approach to this multifactorial disease. Importantly, NurOwn’s mechanism of action may also allow the therapy to enable synergistic combinations with anti-tau or anti-beta-amyloid treatments, further underscoring its potential to address critical unmet needs in Alzheimer’s disease.”

Prof. Dubois added, “In such a complex disease, addressing inflammation and neuro-protection is an innovative and very interesting approach. It is a first in the world for this technology and Brainstorm is leveraging encouraging results from the Phase 2 study in ALS.”

Ralph Kern, M.D., MHSc., President and Chief Medical Officer of BrainStorm, noted, “In the proposed Phase 2 clinical trial, our goal is to confirm that the potential shown by NurOwn in our lead ALS program may be extended to patients with Alzheimer’s disease. We now have a compelling set of biomarker data supporting NurOwn’s mechanism of action, including important pharmacodynamic changes in cerebrospinal fluid (CSF) inflammatory mediators. Additionally, our innovative biomarker-driven precision medicine approach, which will focus on patients with early-stage disease and pre-defined levels of CSF tau and beta-amyloid proteins, may greatly facilitate Phase 2 clinical trial success.”

Stacy Lindborg, Ph.D., Executive Vice President and Head of Global Clinical Research at BrainStorm, said, “We are excited to introduce a novel approach to Alzheimer’s disease that targets both inflammation as well as neurotrophic factors. Given the acute need for vastly different treatment methodologies, we believe our broad targeting approach, combined with robust effects on CSF measures and a favorable safety profile, allows us to go forward with confidence. Additionally, compiling NurOwn safety data across diseases will allow us to enhance patient safety for each trial.”

NurOwn is protected by patents granted in the United States, Europe, Israel, and elsewhere covering treatments of neurodegenerative diseases, including Alzheimer’s disease.  These include European patent no. EP2620493B1 (Mesenchymal stem cells for the treatment of CNS diseases).

BrainStorm will host a call and webinar featuring Philip Scheltens, M.D., Ph.D., and Bruno Dubois, M.D., Ph.D., on July 8, 2020 at 8:15 AM ET. The webinar will be followed by a question-and-answer session with Professors Scheltens and Dubois.